An Immigration Permit will be automatically cancelled if the interested person fails to acquire residence in Cyprus within one year from the approval of the application, in case he/she is residing outside Cyprus. It will also be cancelled if he/she acquires permanent residence abroad or be absent from Cyprus for a period of two years. 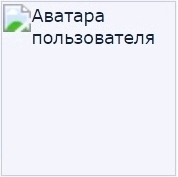 In cases of aliens who are either parents or children of Cypriot citizens the time required is five years rather than seven.

In cases of aliens who are either parents or children of Cypriot citizens the time required is five years rather than seven.

. Subject to the provisions of the preceding paragraph, the qualifications for the naturalisation of
a foreigner who requests such naturalisation are as follows:

(a) Residence in the Republic for the whole duration of the immediately preceding 12 months
from the date of application, and

(b) during the period of seven year, which immediately precedes the above-mentioned twelvemonth period, either resided in the Republic, or served in the public service of the Republic, or
did partly the former and partly the later, for periods whose aggregate sum is no less than four
years:
Provided that students, visitors and self-employed persons, as well as athletes, coaches, sports
technicians, housekeepers, nurses and persons employed to Cypriot citizens or foreign employers
or offshore companies, who reside in the Republic for the exclusive purpose of employment,
including their spouses, children or other dependant persons, must, during the immediately
preceding period of at least seven years, have completed a total stay of at least seven years in the
Republic, of which one year immediately before the date of their application must be of
continuous stay.